Not a lot of people would disagree with me when I say that Yoshi’s Island (Original SNES) is one of the most creative 2D platformers ever, especially considering the time when it was made. 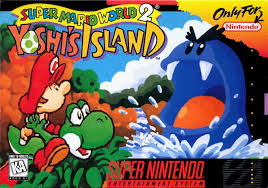 Also dubbed Super Mario World 2, it places Yoshi (first introduced in SMW1) in the place of Mario, as the dinosaur takes on a journey to save baby Mario. Yes, it’s a prequel.

But its story was not the only thing unique about this game. The doodly crayon-style graphics stood out. The Timer system, and Yoshi’s ability to eat things as well as fly for a short moment created so much diversity to the possible movement of the player. And of course, the most important egg-throwing ability incorporated mechanics of shooting games into the mario franchise. 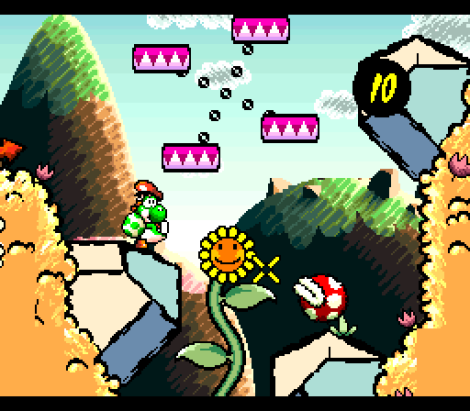 A few weeks ago I suddenly thought about this great platformer, and decided to replay it. I bought a used GBA title which  worked flawlessly. And the gameplay was also flawless–as fantastic as the way I remembered it. (Although not even half as difficult as I remembered it to be.)

Then while surfing the internet I stumbled upon the fact that Nintendo had just announced a Yoshi sequel for 3DS. Yoshi’s island 3DS! My first worry was that it might be too similar to the original, (Like Yoshi’s Island DS) but it soon changed into something else.

It’s too different! Just look at the graphics. I can immediately imagine a bunch of art directors in Nintendo, burning their brains off trying to pull out a crayon-styled art that is yet 3D at the same time.

My humble opinion is that while the result seems like a reasonable compromise, it looks terrible. Just look at it! The 3D objects look like a bunch of baby plush toys. Nintendo seems to be forgetting the fact that doodle graphics were intended to make the game more cartoonish, not CHILDISH.

If I sound as if I’m going over the top a bit, than just watch a demo video on youtube. It totally looks like a baby game. I wonder how Nintendo would make this one as much as exciting as the original.

But this brings another important topic into light:

Why do platformers have to be 3D?

I see no necessity for it, at all. It seems that they’re doing it just to i) follow the trend, and ii) show off the full capability of the 3DS, which is totally unnecessary.

This is Super mario bros 3DS, and as we all know, it’s in 3D. But how many players play this with the 3D feature on? First, it’s totally unnecessary–3D here is simply used for aesthetic purposes. Second it really hurts my eye. Trust me, I’ve tried to play it on 3D a LOT of times, but every time I had to give up.

While people often undermine the value of the 3D feature in 3DS, I think its revolutionary and beautiful–But just for free-roaming 3D games. Like OoT Zelda remake, Super mario 3d land or stuff like resident evil.

But platformers don’t need this at all. Can Yoshi please go back 2D? 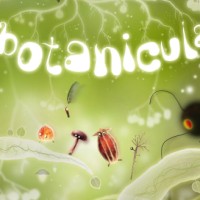 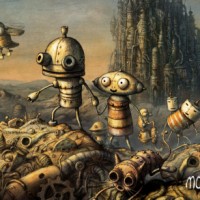 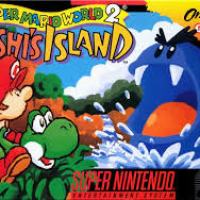 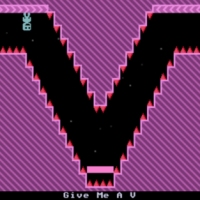 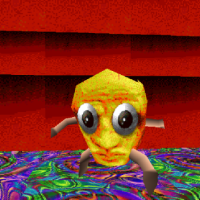