The two terms autonomy and agency look similar at first. Both involve “acting on their own” — but they differ in how you define “own”.

It’s easier when you think of them as a thermometer and a thermostat.

Autonomy is having control of your own task; in other words, completing a task without being told to do so. I guess a very exceptional student would study beyond the level of homework, and that would be autonomy.

Agency is creating something of your own, producing a result that is unique to you. An exceptional student does not need to produce exceptional new discoveries, but someone with agency might do so.

Both concepts are handled by computers with a bit of difficulty. Basic AI programs, which would progress its own way without having the need to constantly be told to do so might be autonomous. However, true Agency is almost never developed in computers (at least in current technology). A computer cannot make a completely new musical composition on its own, unless after analyzing and told to repeat the common patterns of music.

So where do thermometers and thermostats come in? Thermometers are autonomous; they show temperatures accordingly, without humans constantly having to move the gauge for them. Basic science can enable autonomy in objects. Thermostats, however, are different; when they know it’s cold, they take action to change the current situation for the better. In contrast, thermometers just sit there, unresponsive to the fact it is displaying.

So, would you rather be a studious person or a creative person? Would you sit back and make whiny twitter posts about a problem, or actually do something to change it? It’s up to you, and for me, I’d pick the latter. 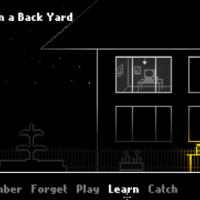